Although The Wholesale Typewriter Co. is a name normally associated with the big Eastern cities of the U.S., a newly-acquired brochure dating to roughly the early 1920’s shows that the company had big Western aspirations.  Wholesale opened a rebuilding plant and a general office as well as a number of branch stores in Western cities, as seen here.

The company’s case for its machines was made well on the following leaves: 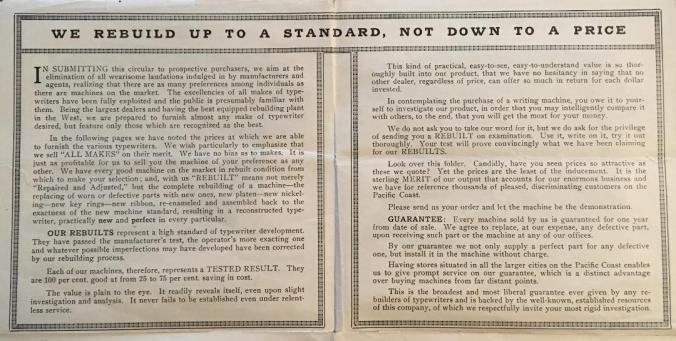 Wholesale depicted a number of the “big makes” in the folder, such as L. C. Smith, Royal, Remington and Underwood.  All of these machines were shown, interestingly, compared with the then-current retail price for the machine being offered brand new.  One example is below. 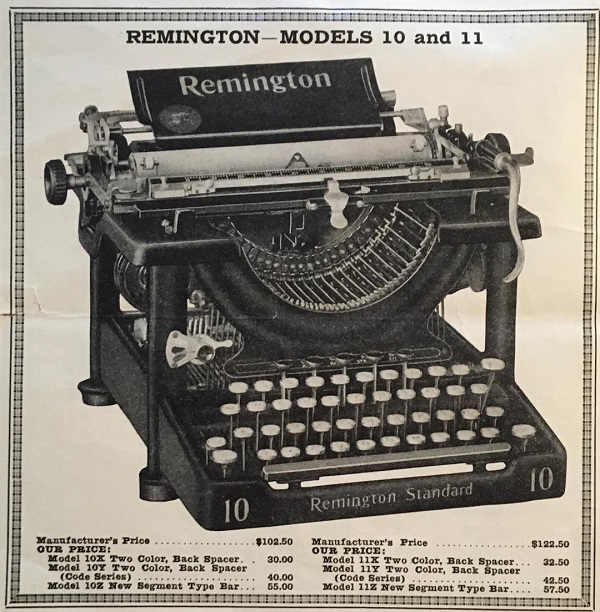 As stated in the prospectus portion of the flyer the discount was deep on certain variants; we see here the going price for the front strike Remington at $102.50 with the variant built through 1914 priced down at just $30 and the latest slotted segment variant priced at just about half retail of a brand-new example.

The company also showed a number of attractive storefronts in the brochure, which contained an interesting variety of machines that made good on the company’s claim to provide “all makes.”

In the above view of the Portland, Oregon branch store we can see the usual Remington, Royal, Underwood and L. C. Smith but also a Smith Premier No. 10, a Noiseless Standard, an Oliver No. 9 and right at the front corner of the middle shelf an Underwood three bank portable.

Above, a page from the brochure advertising brand new Underwood portables either cash or on credit but also, perhaps more interestingly, rebuilt.  As we see the company also offered rebuilt Corona and Remington portables, the Remington being about 80% the price of a new example. 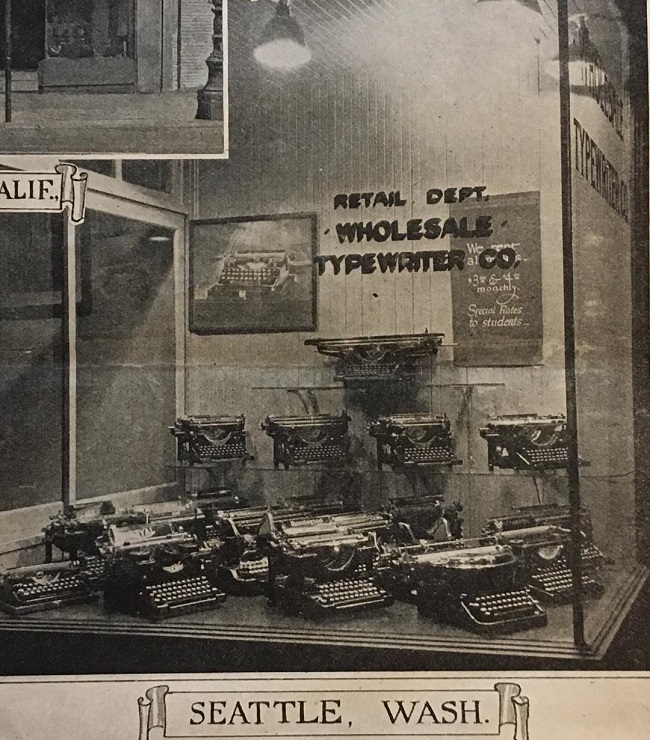 Although the information about the portables is of interest to historians, perhaps the greatest value of this flyer is its view of the grand storefronts of that long-ago day when even the rebuilt typewriter companies had their products on display.

5 thoughts on “Wholesale Out West”

Translate “On the Margin”